Honoring Friends and Heroes Lost on 9/11 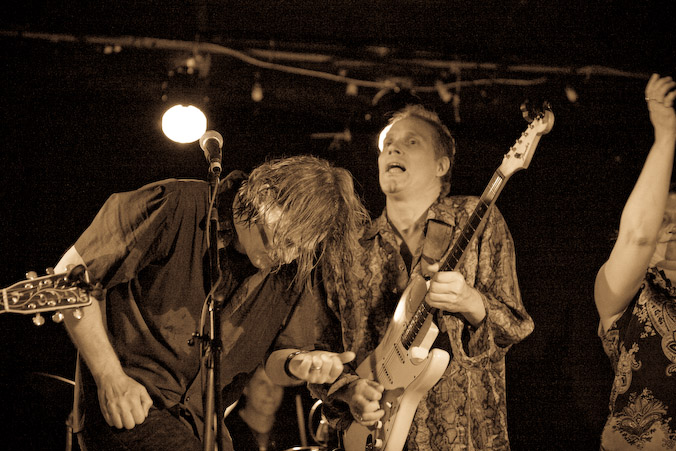 Greetings From Music From Ground Zero®

For over 20 years we have been writing and performing songs for lost friends and fallen heroes we wish were here with us today. Music From Ground Zero is dedicated to all the lives lost. Perhaps it can describe through music the tragic events we witnessed. The songs are a large part of the healing journey we embarked on after that dark Tuesday morning so long ago. It is our greatest hope that this music will bring some of you closer to Ground Zero and our experiences. Close your eyes, listen and never forget.

"Where there is music, there can be no evil" (M. De Cervantes)

Trailer for our new documentary "44 Lights: Music From Ground Zero"

Letter To The World

September 11, 2001, changed our lives forever. The senseless attacks on the World Trade Center in New York City destroyed the dreams of thousands of families here in the United States and throughout the entire world.

September 11, 2001, changed our lives forever. The senseless attacks on the World Trade Center in New York City destroyed the dreams of thousands of families here in the United States and throughout the entire world. For those of us who witnessed the destruction firsthand in downtown Manhattan that fateful day it left an indelible impression in our minds that will never go away. It broke our hearts. Many of us lost friends and former co-workers. The most affected lost family members. We can try and share their pain, but we will never fully understand their loss.

This musical website is my story of what I saw and felt that day just across the street from the WTC. My emotions during and after 9/11 have been conflicting. The natural ebb and flow of astonishment, grief, anger, disillusionment, and acceptance has occurred. The days have moved forward, with most of us in lower NYC getting back to work and the city and State attempting to figure out how to rebuild Ground Zero. The folks down here have tried to move on. Visitors look into the pit and take pictures, but the locals walk quickly past the site trying their best not to relive the horrors that took place almost four years ago.

I wanted to translate my feelings into music. I wrote the lyrics to my first song on the ferry as I moved slowly across the Hudson river late that afternoon on 9/11. Very few were speaking then. Mostly we just stared at the rubble and the smoke. It was hell on earth. Confusion reigned. It took me nearly 9 hours to get to Hoboken. But at least I did. Many of my neighbors did not. Blessed, perhaps? Maybe just lucky. Does it really matter? I wanted to record that song to play for friends when we got together, hoping they might understand better through my music than what could ever be described in words. That simple tune morphed into 25 more as this project began to flourish with the help of several great musicians. With my friend Jeremy "Music from Ground Zero" began to grow into something real, something almost spiritual. The music became my therapy and became my history of the most important day in my life (along with my marriage) and probably the most significant in modern America. It also became a way for me to honor the 35 guys I knew personally at the WTC that day whose lives were cut short so heinously.

This is a CD filled with pain, sadness, hope, celebration, and fond memories of better days. It's filled with songs for fallen heroes and for lost friends. It's filled with the possibility of brighter days ahead. It's not about politics nor about religion. I hope somehow that our fine service people around the world can listen to it and maybe get a little closer to Ground Zero. Closer to what one man saw that day. As they defend us around the globe, they should always know that we are thinking of them and wishing for a safe return. Perhaps these songs might just help bring them a tiny bit closer to what they are defending. We thank them profusely for their sacrifices.

This project is a nonprofit venture. We do a show each year at Ground Zero on (or around) 9/11 at Tribeca Rock (6 blocks from GZ). We sell a few tee shirts and hats (and even an occasional CD) so that I can pay the band a few bucks for performing and even buy them some dinner. To date, I have put in hundreds of hours in the studio and over thirty-five thousand dollars of my own money to bring this project to reality. It's been a labor of love, and can only hope that MGZ brings a few of you a bit closer to my world in NYC. If it eases just one person's pain who has lost someone in their life, then I have succeeded somehow. Everyone who prays for a peaceful world and for tolerance is inextricably linked to Ground Zero. Every American - no, every caring person on this planet-- has a connection. I hope this helps in some small but meaningful way. It is my small contribution to a world filled with chaos.

I want to thank Jeremy and Rich, without whom there would never be any "Music from Ground Zero." Their inspiration and amazing talent have made my musical dreams come true.

And to my wife Barbara-- thanks for ALWAYS being there. You waited all day on 9/11 for me, not knowing when I would return. These songs are as much you as they are me.
I am left with a simple quote from Anne Frank, "How wonderful it is that nobody need wait a single moment before starting to improve the world."
We will never forget.